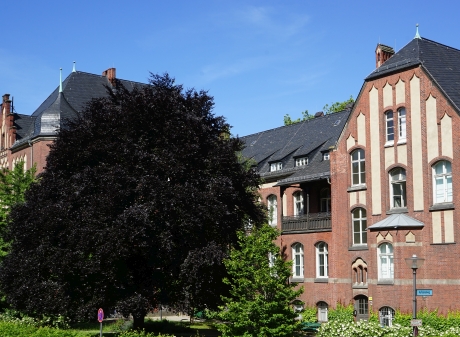 AERIAL: Addiction: Early Recognition and Intervention Across the Lifespan

Addictive disorders are among the most frequent and costly disorders in industrialized countries. While substantial research focused on treatment of single substance use disorders, most interventions do not address comorbid disorders sufficiently, are provided too late, do not reach the majority of addicted subjects and are not adjusted with respect to environmental stressors, affective comorbidity and age-specific contexts.

The main aim of the consortium is to improve the healthcare system by 1) assessing new access pathways including a wider range of healthcare professionals, and 2) evaluating existing and developing novel early assessment and intervention tools including e-health applications (computer/internet/smart phone-based). We will address patients suffering from the most prevalent substance use disorders, particularly alcohol- or tobacco-related, including as major target groups: 1) adolescents, 2) adults, and 3) older adults. We will use state-of-the-art basic science approaches to assess combinatorial effects of the different substances and we will adapt our approach to age-related differences in treatment needs. To adapt early interventions to modify risk and resilience factors across the lifespan, we will use existing cohorts such as the longitudinal IMAGEN sample of (now) young adults, representative data from Adolescent Psychiatry and from a systematic assessment of community and hospital general medical settings as well as observational data from studies on the mechanisms of addictive behavior. We will focus on proactive approaches for all primary medical care patients including general practices and hospitals. In all settings, we will assess comorbid mental disorders and gender and migration specific factors such as social exclusion and discrimination.

Drug and alternative reward cue reactivity and cognitive control in humans with substance use disorders: Psychological and neurobiological correlates and non-pharmacological interventions

A bias towards drug rewards at the expense of alternative rewards is considered a key factor contributing to the consumption of drugs and to relapse following detoxification. At the psychological level, this bias is characterized by increased craving (desire) for drug and reduced craving for alternative rewards. At the neural level, this bias is reflected by sensitization of the mesocorticolimbic reward system (including the ventral striatum, medial prefrontal cortex, and amygdala) towards drug and desensitization towards alternative reward cues. Reduced cognitive control is considered another key factor contributing to the consumption of drugs. At the neural level, reduced cognitive control is reflected in structural and functional alterations of the prefrontal control network, including the dorsolateral, ventrolateral, dorsomedial prefrontal brain regions and the anterior cingulate. Regaining control over drug consumption may to be linked both (1) to the modification of drug and alternative reward processing and (2) to improved cognitive control.

Several research projects of our group investigate how reward processing and cognitive control are altered in substance use disorder and how these alterations may be modified through non-pharmacological interventions.