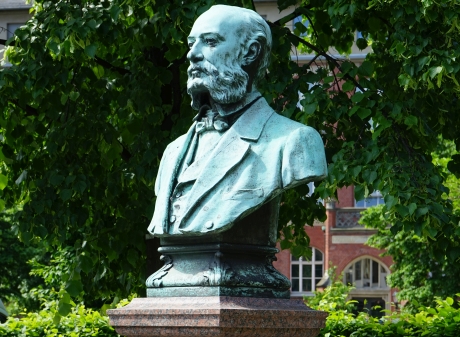 The Centre for Population Neuroscience and Precision Medicine (PONS) aims at establishing and analysing big neuroimaging genetic datasets to precisely identify brain mechanisms underlying behaviour, and their genetic and environmental mediators, thus enabling prediction and stratification of mental disorders. The generation of well-characterised large scale databases internationally, the advent of deep phenotyping through biological assessments, including neuroimaging and –omics technologies, and the development of novel computer science and statistical tools to relate and analyse different data levels enable powerful new solutions to elucidate the biological basis of dysfunctional behaviour and mental disorders in its environmental context on a population-wide and global scale. PONS is a joint research group of the Charité, Berlin, the Leibniz Institute for Neurobiology, Magdeburg, and King’s College, London. PONS is directed by Professor Gunter Schumann, Chair in Biological Psychiatry at the Institute of Psychiatry, Psychology and Neuroscience at King's College London. In his position at the Charité, he coordinates the collaboration of the Leibniz Institute for Neuroscience, Magdeburg and the Department of Psychiatry and Psychotherapy at the CCM. He leads the longitudinal imaging genetics cohorts IMAGEN ‘Reinforcement-related behaviour in normal brain function and psychopathology’, the ERC-funded STRATIFY study and the India-UK Consortium on Vulnerability to Externalizing Disorders and Addictions (cVEDA). He coordinates the Global Imaging Genetics in Adolescence (GIGA) consortium of over 200,000 participants, including 20,000 neuroimaging scans in Europe, India, China and the U.S., and is in the steering group of the imaging meta-analysis consortium ENIGMA. Gunter Schumann is a visiting Professor at the Ludwig-Maximilians-University, Munich, Fudan University, Shanghai, and an Honorary Professor at Tianjin Medical University, China.